When you sign in to LinkWare Live from your Versiv/TFS mainframe, it will check to see if you are running the latest code. If there is a more current version available, a dialog box like the one below is displayed on the Versiv main unit.  This may vary depending on the version you are installing. 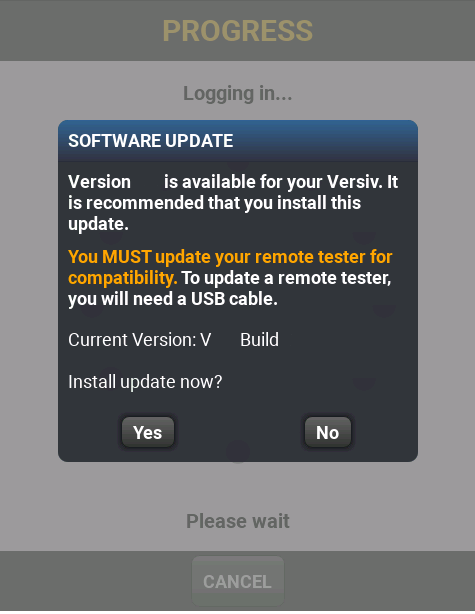 If you tap on Yes, it will automatically download the update and install it on your Versiv/TFS mainframe. You cannot "kill" the Versiv/TFS mainframe if you lose connectivity during the download. The update of the tester does not begin until the download file has been verified.  This can also be done via a wired connection by using a network cable to connect the RJ45 port on the Versiv main unit to an active switch port.

It is recommended that you connect Versiv to the power supply so it will not lose power during the update process.

Versiv will show the progress status as it is downloading the update file. 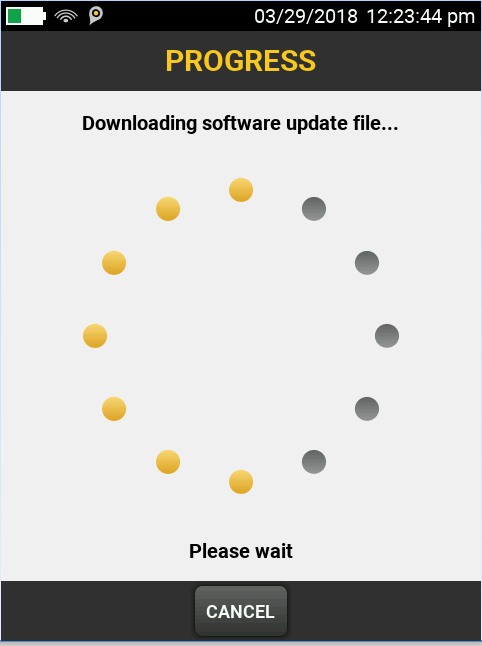 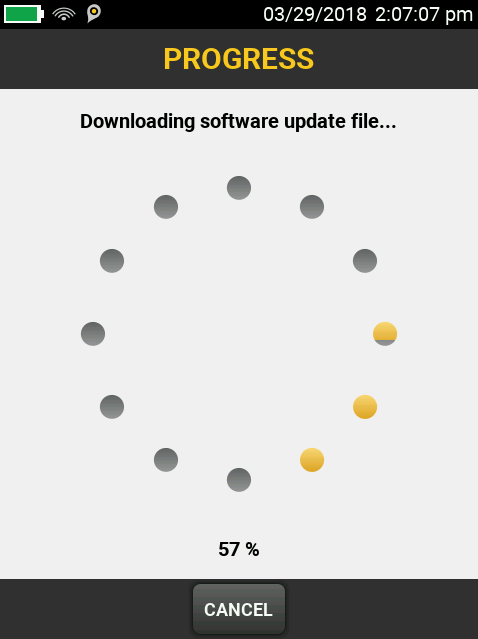 When the firmware download is complete to Versiv, it updates its firmware automatically.  The screen goes black and there is a green progress bar showing status of the update, and a ticking sound while it is updating.

Downloading the new version will not impact any saved results stored on the mainframe--the results remain on the tester as they were prior to the update.  Because some updates include changes to autotest limits due to changes in the industry testing standards (both in naming nomenclature and limit values), some customers prefer to wait until a job is completed before updating do the latest code version.  We recommend keeping your Versiv updated to the most current version available. 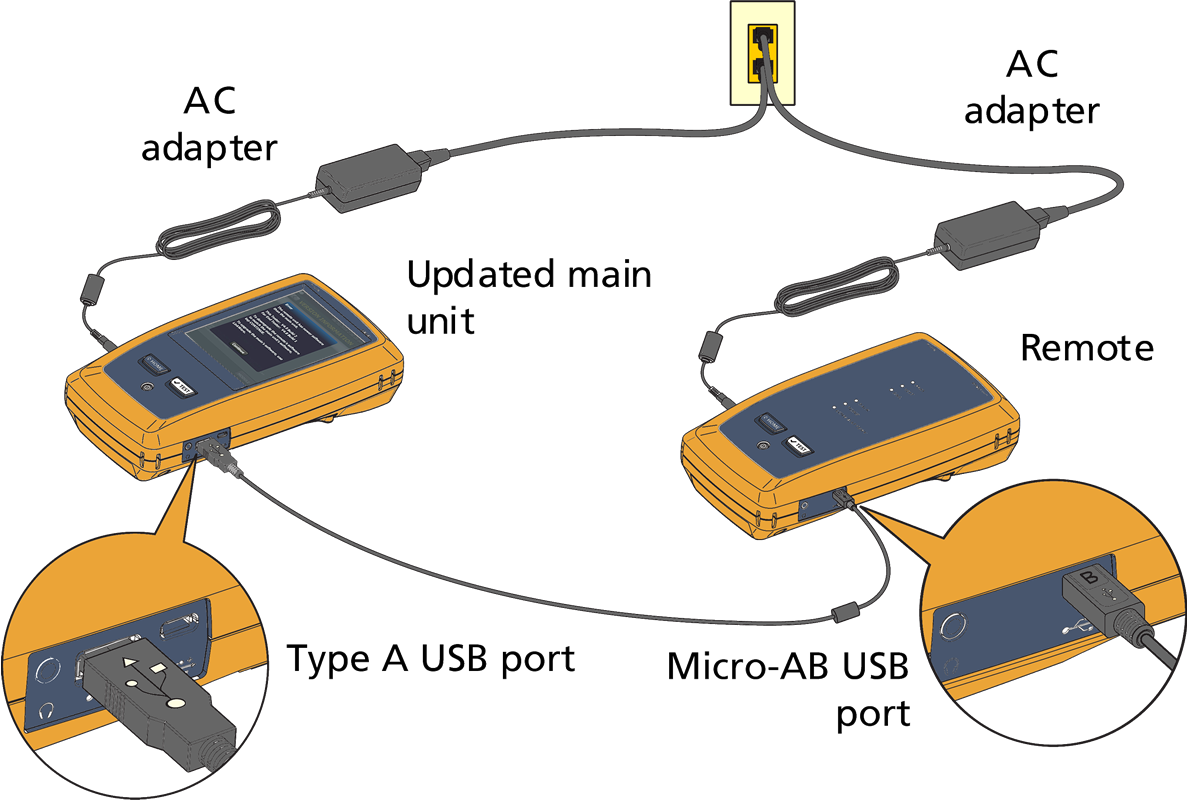 From the HOME screen, tap TOOLS > Version Information and you will be notified the remote unit needs updating.

If you were to try and do a measurement or set a reference before updating the remote, you would see a version mismatch screen: 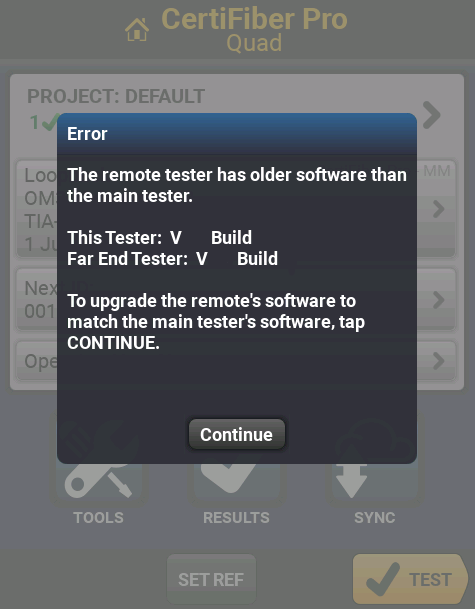 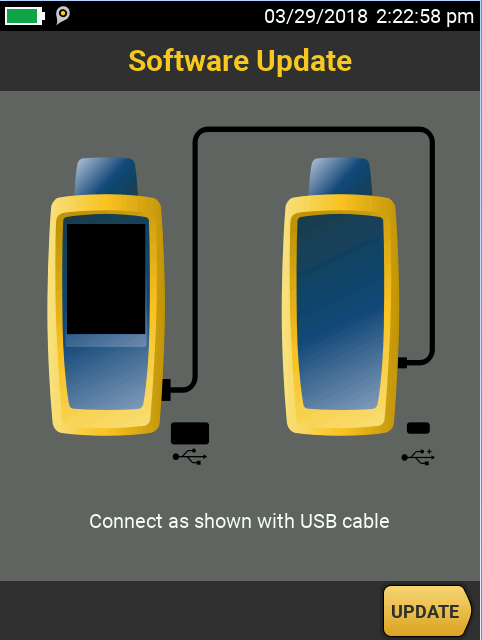 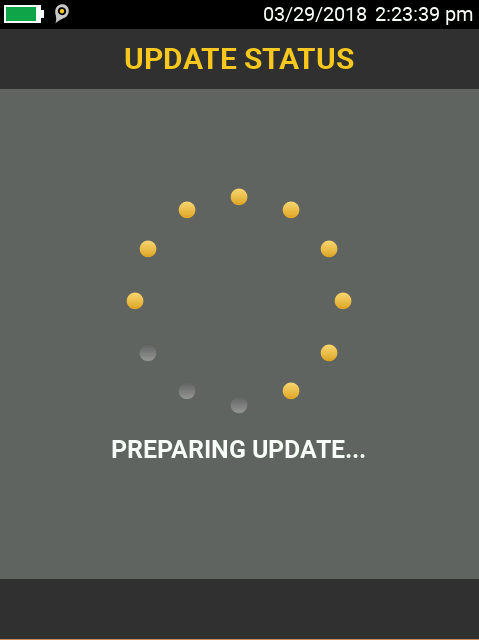 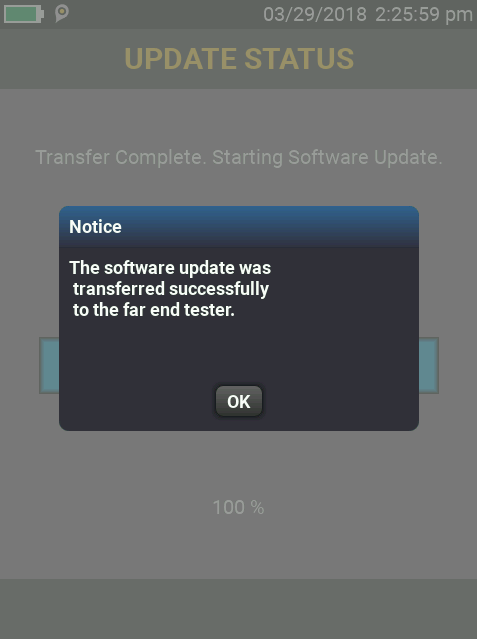 DO NOT DISCONNECT THE USB CABLE CONNECTING MAIN TO REMOTE UNTIL THE UPDATE ON THE REMOTE COMPLETES.

KEEP THE POWER CABLE CONNECTED TO THE REMOTE AND THE REMOTE TURNED ON WHILE IT IS UPDATING.

If the Versiv remote does not update successfully, try using Rescue Mode to recover it.

Don't forget to install the latest version of LinkWare PC on your PC, too.